It was recently announced that Coventry bin lorry drivers had launched a two-month strike, following a series of intermittent industrial actions that have been ongoing since December 2021. Unite, the second largest trade union in the UK is calling for “fair pay” for drivers. Coventry City Council argues that it is one of the highest paying local authorities in the West Midlands for the Class II HGV drivers, with the average pay being £34,143 (Unite disputes this claim and published the payslip of a Coventry HGV bin driver as evidence).

The strike action is causing a considerable amount of disruption, namely:

The bin lorry drivers strike raises a series of legal issues. Below I answer some of the most pressing questions related to the ongoing industrial action.

What is industrial action?

Industrial action is a strike, or other action to include an overtime ban, call-out ban, work to rule, go slow, work-in, and sit-ins.

Are employees breaching their employment contracts if they go on strike?

Yes, because striking employees are breaching one of the key terms of any employment contract, namely, to provide their labour in exchange for payment. Although there may not be an express term in an employment contract stating that an employee must come to work and do the job they are being paid for, it is arguable that such a term is implied. Furthermore, even if an express employment contract term cannot be identified, deliberately disrupting an employer’s business is likely to constitute a breach of an employee’s obligation of fidelity or good faith.

Other forms of industrial action can also  be a breach of the employment contract. For example, where the contract requires an employee to work overtime when required and the Union calls for an overtime ban, such action will amount to a breach of contract.

When is strike action lawful?

The law surrounding industrial action is fantastically complex and this is likely to be deliberate to prevent a return of the bitter battles waged between trade unions and central and local governments that took place throughout the 20th century.

Industrial action is protected if it has been lawfully organised by a Trade Union. In other words:

What is the difference between official and unofficial industrial action?

Industrial action is official if:

Does an employer have to pay striking workers?

Although remedies against workers participating in official and protected industrial action are limited (for example, the court cannot order employees to return to work), an employer can withhold all or part of an employee’s pay if they are in breach of contract. If employees are striking for whole days at a time the deduction of pay should be calculated against the number of hours lost based on a normal working week. Things are more complicated if a strike is only for part of a day, as the amount deducted will depend on whether or not the employee is paid by the hour and if not, is the employer prepared to pay a full months’ salary despite the loss of part of a day’s labour?

Can an employer bring in other workers to replace striking workers?

As mentioned above, Coventry City Council has now engaged another company to collect household and business waste.

All employers facing industrial action will want to implement a contingency strategy to ensure they can continue to run their business. If a strike is an official action, there is a prohibition on agencies supplying temporary workers to provide labour to perform the duties normally done by a worker who is on strike or taking industrial action, or the duties normally performed by any other worker who has been assigned to cover the striking worker.An agency can however find employees for the Company to employ directly, albeit on a short term basis. Alternatively, as is the case here, a company can outsource the affected work to a third party contractor or use its existing employees from other parts oif the business.

This article merely scratches the surface of the complicated legalities surrounding industrial action in 2022. Employers, employees, unions, related businesses, and in the case of the Coventry bin lorry drivers strike, the public, can be severely affected if industrial action is taken. The risks of choosing to go on strike are not for the faint-hearted and therefore it is imperative that the legal process leading up to such action is meticulously followed and all sides take legal advice before making decisions.

To discuss anything mentioned in this article, please call us on 02476 231000 or email enquiries@askewslegal.co

Please note that this article is for information purposes only and does not constitute legal advice. 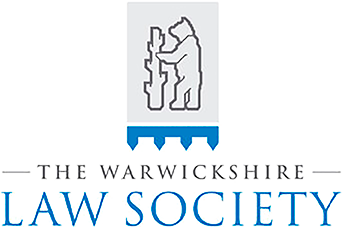